Pakistan is a land full of immense talent be it; sports, education, technology, or literally anything Pakistanis surpass all boundaries. The same is the case with an 18-year-old boy named Suhail Khan, who hails from a rural area of Pakistan, and has been in news for his viral video where he was seen recreating a ‘Shang-Chi’ fight scene. 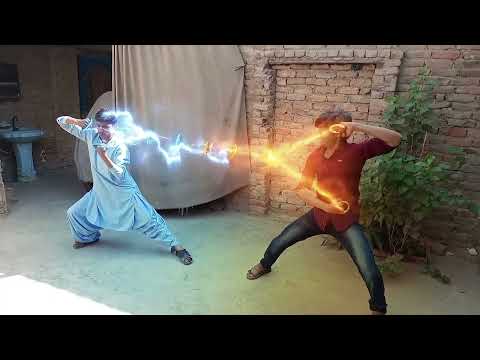 Suhail khan, who runs a YouTube channel that goes by the name of ‘SKGame On’ has garnered a lot of online attention when a Twitter user reshared his Shang-Chi Fight scene recreation. Within no time, Suhail Khan’s video got viral and people were seen praising the exceptional talent. The original video has surpassed 500K views on YouTube.

Suhail Khan has recreated a fight scene in which Shang-Chi and his father, Wenwu, battle it out.  The YouTube video caption reads; “This is a simple Shang-Chi fight scene. I am still learning VFX, so it’s not that good. If you like it, give it a like!” The video was also shared on LinkedIn where Suhail Khan was also praised by international users.

As soon as the video went viral Twitterati jumped on the bandwagon to praise the young boy for his hard work and efforts. Here are some of the reactions:

Wow. And all these kids have is a cellphone and a hand-me-down basic laptop. Not just the editing, the angling, the expressions! They NEED to be discovered. Help spread the word. https://t.co/BwdzGwW5zo

This is Such a good work. 😱😳🔥(SK game ON-YT Channel) pic.twitter.com/EJxIsYOTXp

Read more: IT Ministry to Establish Center of Excellence to Promote Animation Industry