“After considering the feedback we heard, we’re rolling back this change for now while we explore different options,” Twitter spokesperson Remi Duhé said in an emailed statement to The Verge. “We appreciate those who shared their points of view — your feedback helps us make Twitter better.”

If you head to any third-party webpage with deleted embedded tweets, you’ll see that you can once again view the tweet’s original text, date, and the name of the user who posted it. Judging by Twitter’s reaction, it looks like this reverse is only temporary while the platform figures out an alternate way to display the said tweets on websites. It’s unclear what sort of “different options” Twitter might try out, but, hopefully, it won’t involve completely blocking out any details associated with the tweet. 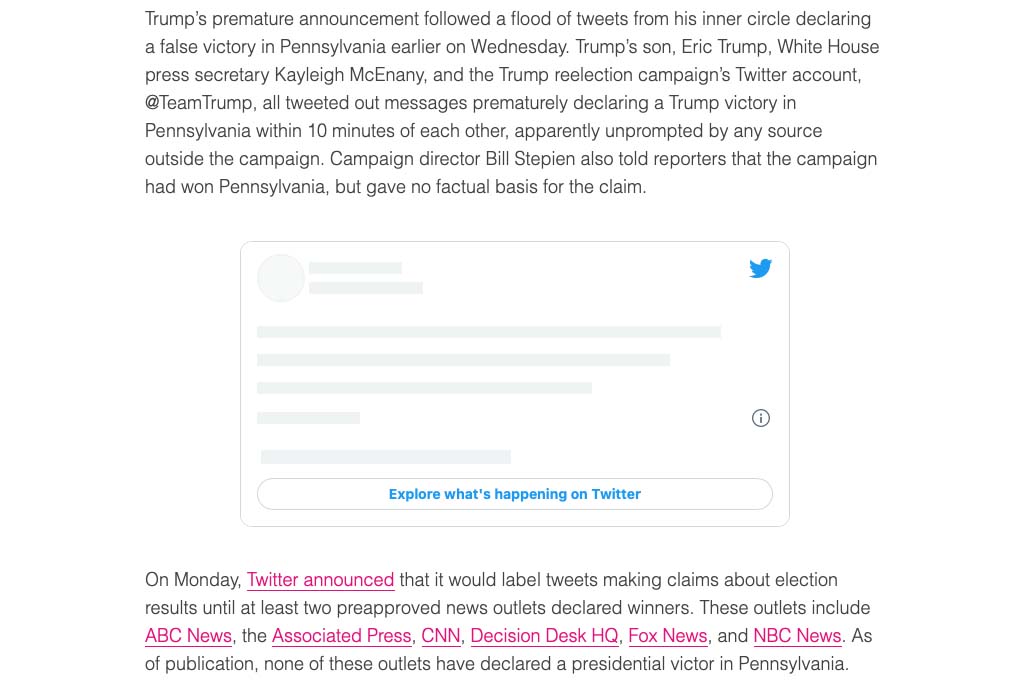 On Wednesday, Kevin Marks suggested that Twitter quietly started using Javascript — potentially as early as late March — to block out deleted embedded posts on other websites. This comprises tweets from accounts that have been banned or suspended from Twitter, making it impossible to see embedded tweets from people like Donald Trump, who Twitter banned last year. This had rather big implications for news reports that comprised deleted embedded tweets or tweets from banned users, which are generally necessary for context.

In addition to this, Twitter recently announced that it’s working on a long-awaited “edit” button, sparking concerns over whether people could abuse the feature to change the content of a tweet (including those that are embedded) after it had already been shared.

Read more: Twitter is Now Wiping Out Embedded Deleted Tweets from the Web