In the recent news, Japanese tech giant, Sony has partnered with Vodafone to give life to the saying ‘look ma, no hands’ and road-tested the Vision-S 01 electric vehicle sedan concept on a testing track in Germany managed remotely from Japan. The experience appeared identical to a car video game; except now, it’s reality.

The smartphone maker has adopted the trend for EVs and is now displaying and testing the capabilities of its high-tech electric vehicle sedan. The Vision-S 01 was successfully remote-controlled from Tokyo on a 5G link and was operated on a custom-built circuit in Aldenhoven, 9,363 km away. The test driver in Tokyo sat at his desk with a three-monitor arrangement and was able to get the EV up to speeds of 61 km/h with an accelerator pedal from what seems to be a gaming steering wheel structure. 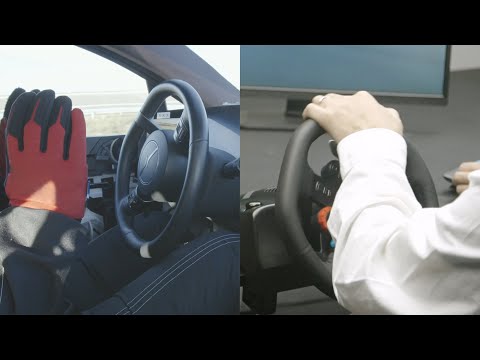 Furthermore, the said video displays that there are no hands on the steering wheel of Sony’s electric vehicle sedan concept, Vision-S 01 but this does not render the Vision-S 01 autonomous. A driver was placed inside the zero-emission automobile as a precaution in case of an accident. Sony emphasized that the Vision-S 01’s built-in telematics system enabled video and control signals to be delivered with minimal latency.

The unique test on Sony’s electric vehicle sedan is part of a study to create codec and rate control technology that will help the steady transmission of large amounts of video data in real-time. The outstanding demonstration places Sony’s Remote Play feature on the next level after being presented for its PlayStation consoles a long time ago. For now, the company also claims to be designing a “completely new mobility experience, such as a fusion of real and virtual”.

When Sony revealed the electric vehicle sedan, Vision-S 02 SUV idea at the consumer electronics show (CES) 2022 earlier this month, it also declared the creation of a new ‘Sony Mobility’ firm for a possible entry into the EV market in spring. So, it might be possible that Vision-S 01 will be produced as well.