Popular morning show host, Nida Yasir, is once again in the center of garnering mockery on social media as she is seen clueless about Formula One cars in an old video resurfaced online on social media.

The video shows that Nida Yasir had invited the students of NUST, Abdul Aleem and Mohammad Shariq Waqar, who had built a Formula One-styled Car and were heading to compete in an event in the USA representing Pakistan. As the talk show progressed, she asked bizarre questions from the students that indicated her complete lack of knowledge about the Formula One racing cars.

Does it Drive as Fast as a Petrol Car?

The host goes on to question whether the Formula cars can seat more than a single person. To which, Aleem responded, “Actually, it is a formula car. So only one person can sit.” Nida then quipped, “Oh, so it’s just a formula for now? Have you done an experiment on any car?” The engineers were left perplexed, however, without losing composure, replied, “No, it’s a formula car. We’ve made one. It’s a racecar.” Nida then questioned, “So, does it drive as fast as a petrol car?” And thus, the trolling began. 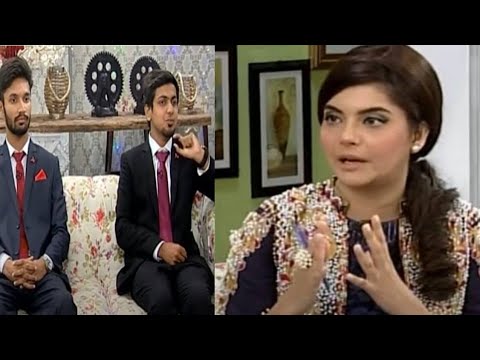 Talk Show Hosts Should do their Homework Before Hosting Interviews

The said video clip has been circulating on social media as people are voicing their bewilderment at Nida Yasir’s lack of knowledge about Formula One cars. People are saying that hosts should research the topic before questioning people on national television.

People also commented that this is a general trend as most of the news reporters and presenters are usually clueless concerning the subjects they are speaking about. Though, this is not the first time Nida Yasir had been ridiculed for her bizarre faux moves.

Previously, she was trolled massively on social media for decking up like a famous Turkish character, Halime Sultan. A photo of Nida Yasir wearing an identical dress and headgear to Turkish actress, Esra Bilgic who performed Halime Sultan in the series. Nida Yasir was seen wearing similar blue-toned traditional attire with antique headgear.