The former chief of FIA, Bashir Memon, has confirmed the reports of him being locked in the PM House Washroom over the orders of then-prime minister Imran Khan. An anonymous Twitter account made the allegations in a string of tweets that have now been deleted.

Bashir Memon Talks About the Incident in an Interview

During an interview with the private news channel, Bashir Memon revealed that he was locked in the washroom of PM House because he responded harshly towards Khan for hurling abuses at Pakistan Muslim League-Nawaz (PML-N) leader Maryam Nawaz. After which, the then-principle secretary of PM Azam Khan grabbed his hand, took him out of the room, and locked him in the washroom, he added. 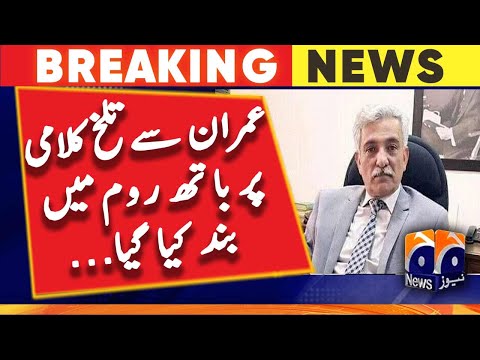 Memon further recalled the story saying, “Azam Khan then scolded me over my conduct with the prime minister,” He said that he went to talk about Khawaja Asif’s case with the former PM from there began the heated argument. He also added that he warned Azam Khan regarding the misuse of Article 6 and its impacts on Khan.

The issue of audio leaks has sent social media into a meltdown as the hacker leaks essential conversations that took place in the PM house. In a recently leaked audio, Imran khan can be shared talking with three PTI leaders, including Asad Umer, Shah Mahmood Qureshi, and Azam Khan, about the American cypher. It is pertinent to mention that the government has already ordered a probe into the audio leaks from the Prime Minister’s Office. The recent audio leaks have also prompted concerns about the infrastructure of cyber security in the country and the ensures that could be taken to prevent the leaking of sensitive data.