The British Army encountered a security breach of its Twitter and YouTube accounts, as confirmed by the Army on Sunday. An investigation is now underway. The British army’s Twitter and YouTube accounts were taken over by crypto scammers on Sunday. The Twitter account’s name was altered to “pssssd,” and its profile and banner pictures were changed to resemble a nonfungible token collection called “The Possessed.”

Apologies for the temporary interruption to our feed. We will conduct a full investigation and learn from this incident. Thanks for following us and normal service will now resume.

Meanwhile, the Army YouTube account was replaced with the account name Ark Invest, known to be a global investment firm. There is, however, no indication that said the company was behind the breach. On the YouTube account, crypto scammers shared video interviews of Elon Musk talking about crypto, along with clips of old live streams by former Twitter CEO Jack Dorsey.

These conversations took place last June, at a conference held by Ark Invest. Thousands of viewers reportedly watched the livestreams aired by the crypto scammers. The videos included an overlay that, according to blogger Molly White, directed users to Bitcoin and Ethereum scams. PSSSSD Labs, Bapesclan, and Ark Invest have not publicly commented on the scam. The YouTube channel had been restored, however, the account has been “terminated for violating YouTube’s Community Guidelines.” 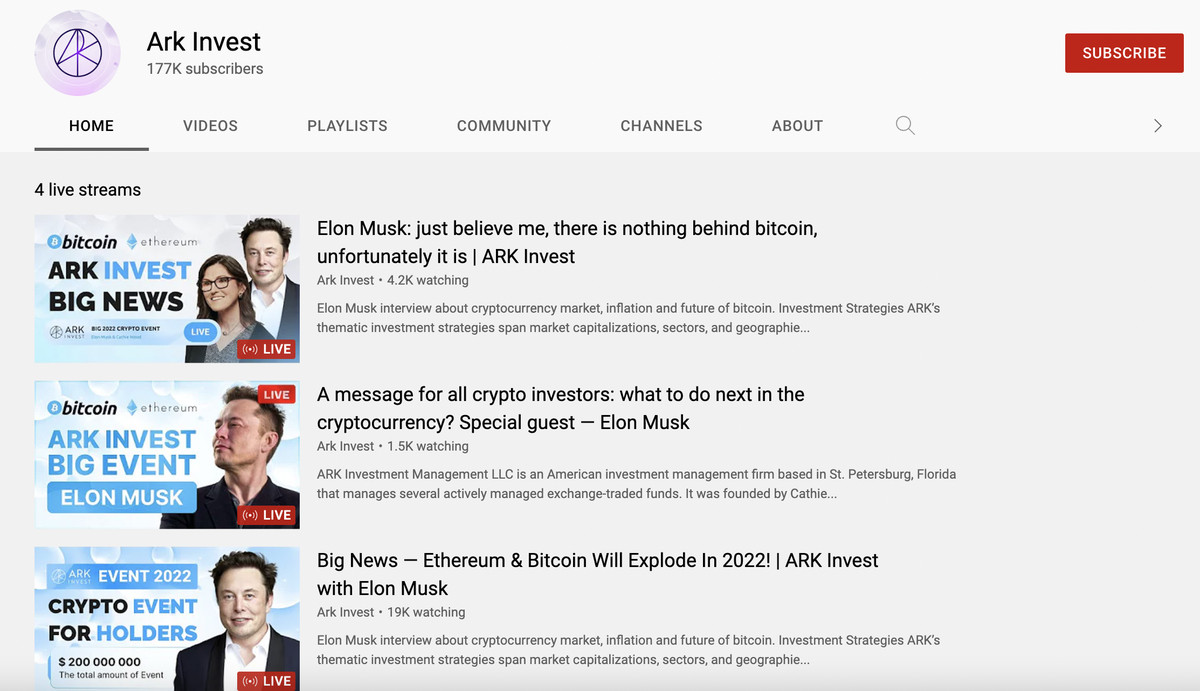