Videos of the exquisite Starlink satellite string surfaced on the internet from multiple parts of Sindh, Balochistan, and Punjab. The video features a string of beautifully lit objects flying across the sky on the night of 8th September. The phenomenon sparked curiosity among the people of Pakistan while many dubbed it an alien invasion. 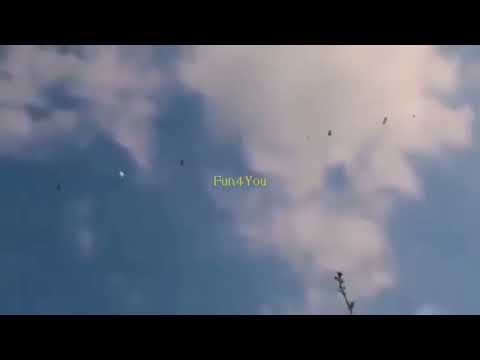 People recorded the Starlink satellite string on their smartphones and shared it on social media. While, many people panicked and claimed it was UFOs, an official of the weather updates page said that they are just Starlink satellites. The tweet reads; “Many people from #Sindh are reporting strange UFO/disk-shaped lights in the sky and sparking rumors of Aliens! But it’s actually #Starlink satellite. It’s a project by #SpaceX to deliver High speed global internet without any disconnection.”

🔴 ALIENS INVASION IN KARACHI?
Many people from #Sindh are reporting strange UFO/disk shaped lights in the sky and sparking rumors of Aliens! But its actually #Starlink satellite. Its a project by #SpaceX to deliver High speed global internet without any disconnection. pic.twitter.com/asJrnyKwt7

Back in 2020, when the concept of the Slstarlink satellite was not popular, a social media user from Hyderabad, Areeb Shaikh spotted the Starlink satellites in Karachi’s skies, he wrote; “Randomly caught my eye, a massive trail of never-ending satellites.” Areeb reposted his story mentioning that he spotted the phenomenon even before it was popular.

Elon Musk has rejected the criticism regarding his company, SpaceX, that it is taking up too much room in space, saying his tens of thousands of planned satellites would be able to coexist with many others. He also rejected claims that SpaceX was dominating radio frequencies and orbital slots. He said; “Space is just extremely enormous, and satellites are very tiny. This is not some situation where we’re effectively blocking others in any way. We’ve not blocked anyone from doing anything, nor do we expect to.”

Also read:Elon Musk is Launching a Satellite that will Livestream Ads from Space