The chairman of the Pakistan Cricket Board (PCB), Najam Sethi, sarcastically responded to Asian Cricket Council (ACC) President Jay Shah for unilaterally announcing the calendar of Asia Cup 2022/23. Najam Sethi asked Jay to decide the schedule for Pakistan Super League 2023. The netizens hailed Najam Sethi’s sarcastic response to Jay, and people stood beside the chairman as he took on the bully whose hate-mongering attitude would be the last thing both countries want.

Shah released the men’s and women’s fixtures on Twitter. To which Najam Sethi responded, “Thank you Jay Shah for unilaterally presenting ACC structure and calendars 2023-24 especially relating to Asia Cup 2023 for which Pakistan is the event host. While you are at it, you might as well present structure and calendar of our PSL 2023! A swift response will be appreciated.”

Thank you @JayShah for unilaterally presenting @ACCMedia1 structure & calendars 2023-24 especially relating to Asia Cup 2023 for which 🇵🇰 is the event host. While you are at it, you might as well present structure & calendar of our PSL 2023! A swift response will be appreciated. https://t.co/UdW2GekAfR

Earlier, Jay announced that India won’t be playing in Pakistan for the Asia Cup; he instead asked for a neutral venue. “I am saying this as ACC President. We [India] can’t go there [to Pakistan]; they can’t come here. In the past also, Asia Cup has been played at a neutral venue,” said ACC President Jay Shah. The then-chairman of PCB, Ramiz Raja reached strongly to Jay’s statement and said that Pakistan too will boycott the 50-over World Cup in India. 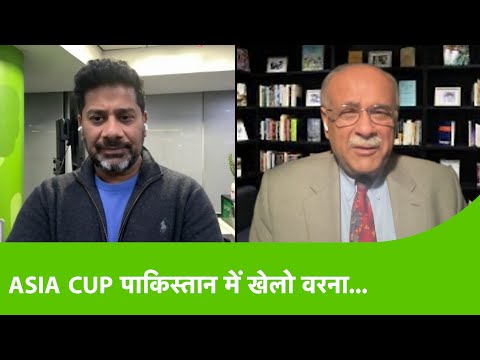 Najam Sethi blasted Jay Shah in an interview with Vikrant Gupta. He said that we have not been consulted before the Asia Cup schedule/pathway release, given that we are the hosts of the upcoming Asia Cup. He was of the view that India and Pakistan should play more cricket as people on both sides want to witness a good game between arch-rivals. He talked about the love that Pakistanis have always showered on the greats of the Indian cricket team.