The chairman of PCB, Ramiz Raja, known for his fiery and straightforward interviews, has left no stone unturned to support the Pakistan Cricket team through thick and thin. Recently, one of his old press conferences has been doing rounds on social media where a reporter has asked him a question regarding Asia Cup 2023 moving to a neutral venue, to which the chairman replied, ‘Don’t lose hope and stay put.’

The Mega Event is not Moving to UAE: Ramiz Raja

While journalists were expressing their reservations regarding the Indian Cricket team traveling to Pakistan for the 2023 Asia Cup, the 59-year-old PCB chairman replied sternly, “We are not going to UAE (for Asia Cup 2023). Why are you being so negative? Everything will not happen according to India, and we are also something, don’t worry.” His response has created a stir on social media, where various users have backed Ramiz Raja for his staunch stance against the acts of BCCI. 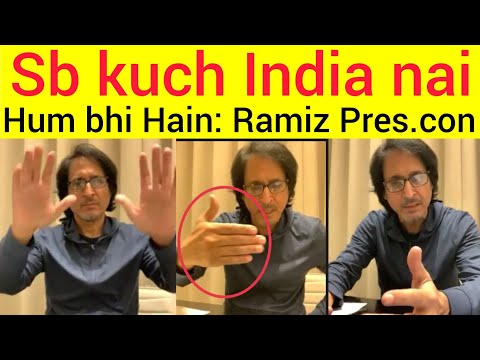 The recent statement by the BCCI secretary, Jay Shah, was not received well by the cricketing fraternity, especially by Pakistani cricket fans. Ramiz Raja was unable to understand the timing of the statement from Shah and added that the Pakistan Cricket Board officials were surprised to hear that coming from the president of the Asian Cricket Council. “The PCB is wondering in what capacity Jay Shah has given the statement,” said the chairman.