A chess-playing robot broke the finger of a seven-year-old Boy during a match at the Moscow Open. Sergey Lazarev, president of the Moscow Chess Federation confirmed the news, he said; “The robot broke the child’s finger.” He further added that the machine had played many previous exhibitions without upset. 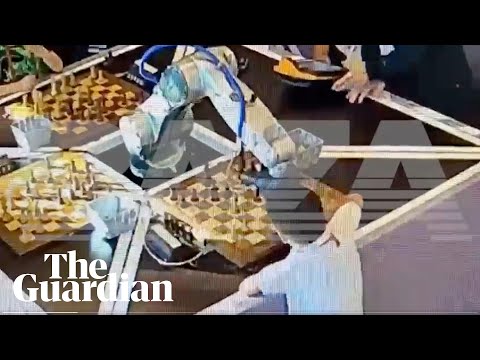 The Violent Act of Chess-playing Robot

During a match at the Moscow Open, the seven-year-old boy rushed to make his next move while the robot either not finished moving, or misreading the situation, moved in and crushed his finger, causing a fracture. However, the young boy was able to finish the last days of the tournament in a cast, but his parents are reportedly contacting the local prosecutor’s office to press charges.

According to Lazarev; “The child made a move, and after that, we need to give time for the robot to answer, but the boy hurried, the robot grabbed him.” Sergey Smagin, vice-president of the Russian Chess Federation, said “There are certain safety rules, and the child, apparently, violated them. When he made his move, he did not realize he first had to wait.” The video circulating on social media shows chess-playing holding the opponent’s finger when a group of four adults rushes to the boy’s assistance to break him free.

Dangers of Using Robots in a Workplace

The use of robots poses mechanical and human errors. The Mechanical hazards include workers being crushed, injured, or trapped by the equipment or its components while human errors can also be hazardous for personnel and equipment. According to the data collected by OSHA, there have been 40 incidents of injuries or deaths caused by the use of robots in the workplace. In order to reap the benefits of robotics technology, companies must ensure to train workers and provide them with ample knowledge that is needed to use the machinery safely.

Read more: Robot Company Offers $280,000 To Have Your Face Imprinted On Robots