Davud Akhundzada, a renowned travel vlogger, has posted a detailed video on his social media informing him about the Uber Scam that he faced while in Lahore. According to the vlogger, he was charged unnecessarily by the Uber driver for a mere 10 minutes drive to his hotel. He said; “I got scammed by a Uber driver and I am sharing all the details with you.” 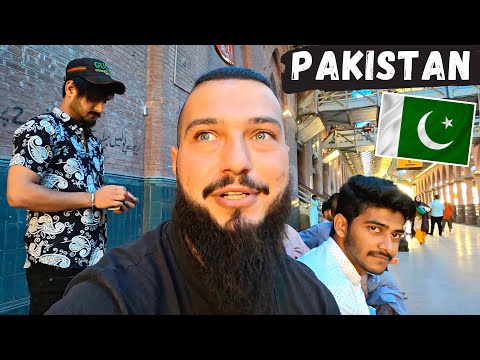 Details of the Bad Experience Faced by Davud Akhundzada

While waiting for his train from Lahore to Islamabad, Davud shares the details of the Uber Scam he faced while in Lahore. He said that he went to buy a sim card from the Jazz franchise from there he ordered an Uber to go back to his hotel to fetch his backpacks and return to the train station on time. But, to his surprise, the Uber driver charged him 800 rupees for a ten minutes ride.

He mentioned that as the ride started he cannot see anything in his app it was stagnant showing no confirmation of the beginning of the ride whatsoever. He went on to explain the red flags saying; the car was different, the driver’s picture does not match, and the driver insisted on paying cash. As they arrived at the hotel, the foreigner was charged a whopping 800 rupees which is double the actual for a 10-minute ride.

Davud said that he also didn’t receive any message from Uber confirming that the ride has ended and he has to pay a certain amount rather he received the confirmation message from Uber later when everything was done and dusted and to no surprise, the fare was just of Rs 149, which is justifiable. The vlogger later complained to the officials and he got a refund.

Here are some of the common Uber Scams faced by Pakistani commuters daily: